God’s Own Country – Swaleview before development 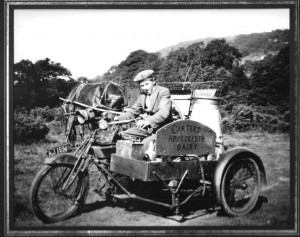 Carter’s Applegarth Dairy (This photograph was taken in 1936 on the area of the new lodge development).
The Carter family has long associations with the area, farming land from 1771 at East Applegarth which is situated on the hillside across the river from Swaleview. The family established a milk delivery in 1929, with the milk churns initially transported across the river by punt. The milk was delivered locally by motorbike and sidecar. If there were mechanical problems with the bike, the delivery was transported by local transport in the form of Percivals bus!

During the 1930’s the area was a popular beauty spot and picnic area attracting local people to relax by the river. As a young man Mr. Carter welcomed the first paying visitors at the gate of Swaleview, who came to enjoy the beautiful scenery for the day. However Mr. Carter saw the potential in developing the area as a holiday destination, and circa 1936 saw the arrival on the land of the first tents and caravans. These early caravans were hand built and constructed with hardboard. However during the Second World War duty called and Mr. Carter joined the RAF serving in various locations including India. Meanwhile the land was used to accommodate Army and RAF personnel during the war years. Mr. Carter became tenant in 1946 renting the fields from a local farmer, and further developing the land which now became known as Swaleview Caravan Park.

The post war era was an ideal time to develop the park, as people settled back into normality and caravanning rose in popularity. Due to mass production and advances in manufacturing the products were cheaper and more accessible. The land was purchased in the 1960’s setting it firmly in the Carter family. Mr. Carter is fondly remembered for the Sunday school which he organized, which was held in the marquee on the park for several years. The park has experienced many changes since the early days when gorse bushes were in abundance! The buildings which now form the maintenance area were formerly used as part of a small-holding and piggery, rearing both poultry and livestock. The orchard housed a small wooden structure which served as a grocer’s shop, also supplying paraffin to the campers for cooking and lighting purposes. The amenity block housed old fashioned Belfast sinks manufactured from pot and only cold water was on tap.

The luxury of hot water arrived in the early 1960’s with water heaters which produced water at the cost of one penny! The development of the residential and reception buildings began in 1962 incorporating a small grocers shop. Before the advent of supermarkets and refrigerators, the shop welcomed long queues of customers (especially at Bank Holidays) to buy supplies from crates piled high with fresh bread and milk! Bank Holidays, which are still as popular to- day, saw many campers making the long and arduous journey by bike (transport by car was still a luxury for many at the time) to Swaleview. The intrepid bikers travelled from as far as Newcastle and County Durham to take part in the annual bike race held in Richmond at Whitsun Meet. 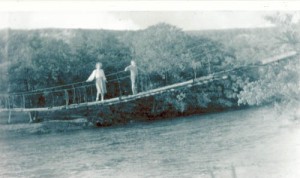 The Carter family erected a pulley bridge in order to draw a punt across the river to transport milk and provide access between Swaleview and Applegarth Farm. In the Victorian era guests from as far as London, were taken across the river to spend holidays at the farm. A suspension bridge was constructed in 1935 which was later repaired with mine sweeper wire salvaged from the Second World War. Apparently it was a precarious journey to reach the opposite bank, but among the frequent visitors journeying across the bridge, were campers who bought fresh eggs and milk from the farm. This structure was demolished in 1962 but is still fondly remembered by many. At the time caravans were constructed of hardboard with an aluminium exterior.

A New Era for Swaleview

A new era for Swaleview began in 2002 when the present owner, Mr. Andrew Carter (Mr. F. C. Carter’s son) and his family took over the park. Thus began a programme of major investment in the infrastructure to meet modern day requirements. Andrew, Eileen and their son James have lovingly cared for and developed the park over recent years and are committed to promoting a policy of excellence in all areas of Swaleview Park. Developments have included major upgrades to the electrical, water and waste systems. The amenity blocks and play area were modernized, and security and barrier systems were installed. Landscaping and tree planting have both enhanced the natural beauty of the park and encouraged a natural habitat for wildlife. Planning was approved to extend the season from an 8 month to a 12 month holiday licence.The arrival of the luxury lodges heralded an exciting new era, with the first lodge development on the Park.

Life On The Park

Community and family life on the park remain as important today as for past generations of holiday makers. We have at least two families with five generations of family who are regular visitors to the park. One holiday maker has had a holiday home on the park since 1946, and we even have a couple who celebrated their honeymoon at Swaleview in 1969! This is surely testament to the happy and welcoming atmosphere at Swaleview. Swaleview Park has been established for over 70 years with the third generation of the family running the business, Swaleview Park will continue to welcome guests to the beautiful Yorkshire Dales for generations to come. Photos below of modern life at Swaleview! 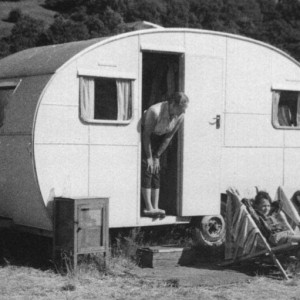 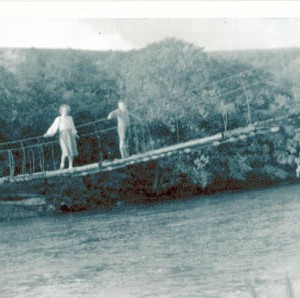 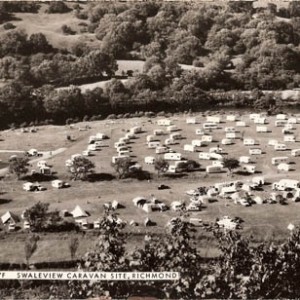 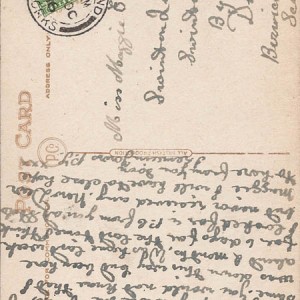 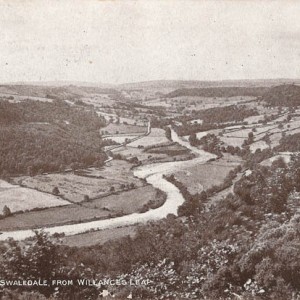 During the 1950’s and 1960’s the post war era was regarded as a ‘Golden Age’ when Britain experienced a time of economic prosperity. The public sought more frequent holidays and week-ends away. This had a positive effect on the caravan industry, which developed at a faster rate than at any other time. By the 1960’s an increase in car ownership allowed people to take more holidays and the countryside was more accessible. Swaleview was in an excellent location to welcome guests to the Yorkshire Dales countryside. During the 1970’s gaslights were still fitted in caravans, however luxury models incorporated fridges, heaters and ovens. By the 1990’s the ultimate in luxury – hot water, showers and heating came as standard!

To receive additional information, make an appointment or ask questions, please use the form below.

Keep up to date with Swaleview Park news, events and offers by subscribing to our newsletter. Please enter your email address in the box below.